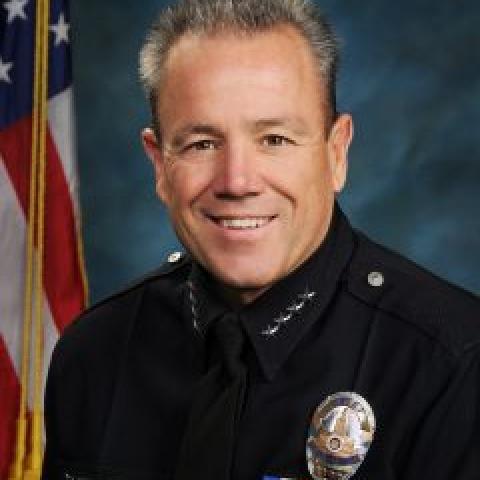 Chief Michel R. Moore is a 40-year veteran of the Los Angeles Police Department. During his tenure he advanced through the ranks, working various assignments and promoting to the upper levels of the organization. As Deputy Chief, he worked as Commanding Officer of two Operational Bureaus, and as Assistant Chief, he was the Director of the Office of Special Operations, the Office of Support Services, and the Office of Operations. In June of 2018, he was appointed and sworn in as the 57th Chief of Police for the City of Los Angeles.

coursework in emergency management, counter-terrorism, and process Improvement. He has received various notable commendations and awards for his police service including the Departments Medal of Valor, the Police Medal, the Police Star, and the Meritorious Service Medal.

Policing with Purpose, with Compassion, and in Partnership is Chief Moore's leadership philosophy and overall focus to support the City of Los Angeles and the communities the Department serves.