Solving Homelessness and the Importance of Service with Councilmember Allen Warren, Sacramento 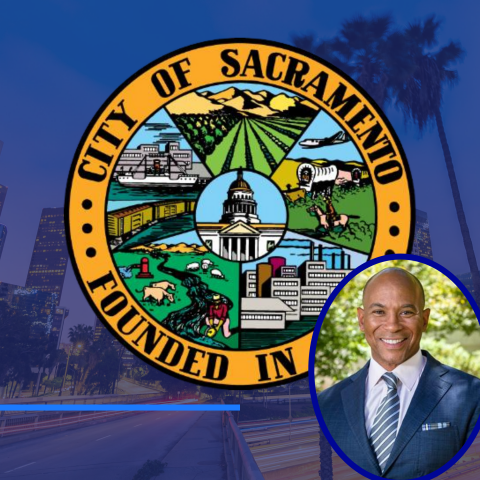 Upon graduation from Cal State Hayward, he was offered a job with Dean Witter Reynolds where he worked for two years after taking part in their executive training program and passing the series 7 exam, which included a month on Wall Street. After two years as one of the top brokers nationally, Allen decided to return home to Sacramento and start a business to grow and enrich his old neighborhood. Utilizing a five-acre parcel his mother owned, he developed a 26-lot subdivision in the Del Paso Heights area; thus, launching a career as a builder/developer and owner of New Faze Development, Inc. Allen worked with a local non-profit to build single family homes in North and South Sacramento helping dozens of low and moderate income, and migrant families achieve the dream of home ownership.

Over the years, Allen has devoted countless hours to his community serving on the boards of the Sacramento Zoo, KVIE Public Television, the Greater Sacramento Urban League, National Minority Junior Golf and Sacramento State University Presidential Advisory Board.

Allen has been recognized for his community service and philanthropic efforts by receiving some of the highest awards in the region such as the Robert Matsui (MLK) Community Service Award, the American Leadership Community Service Award, the Greater Sacramento Urban League Unity Award, multiple Business of the Year Awards as well as Father of the Year Awards from multiple organizations. In 2006, Allen was named one of the 50 most influential people in Sacramento by Sacramento Magazine.

Allen and his wife, Dr. Gina M. Warren, reside in North Sacramento with their three children Braxton, Synclaire and Roman.

Sacramento is working with dozens of dedicated community partners to solve homelessness, including local governments, non-profits, charitable foundations, health-care providers and faith-based organizations. Individuals can access help in many ways. Every day, outreach workers and officers on the Sacramento Police Department’s IMPACT Team build trust with unsheltered individuals, helping them to get off the streets and into shelters.  Individuals can enroll in programs such as Pathways to Health + Home that connect them with health care and other vital services. As their lives become stabilized, individuals are transitioned into more permanent housing with the assistance of case managers. Councilmember Warren has put forward a plan to address homelessness in North Sacramento. He is proposing a plan called Renewal Village.