Ana M Lasso, Director of the Department of General Services. 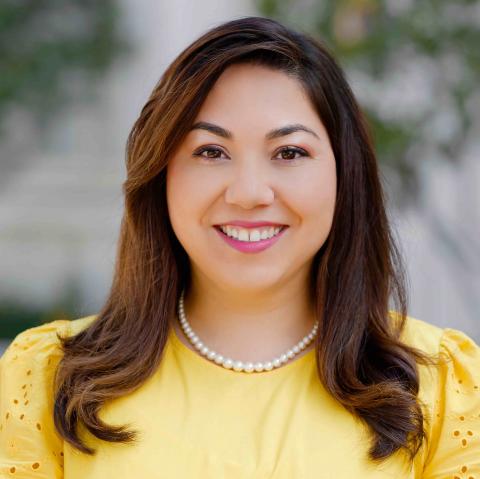 Ana M. Lasso was appointed by Governor Gavin Newsom to serve as the Director of the Department of General Services on March 19, 2021. Prior to DGS, Director Lasso had been appointed to serve as the General Manager of Exposition Park by then Governor Jerry Brown, serving in that role since April 2014.

Director Lasso leads the Department of General Service (“DGS”), which serves as the business manager for the state of California, with over 3,500 employees and a budget of more than $1 billion. DGS serves the public by providing a variety of services to state agencies through procurement, acquisition solutions, creative real estate management, design, innovation, environmentally friendly transportation, and funding for the construction of state schools. DGS also serves as a control and oversight department to help protect the interests of the state of California.

Previously, Director Lasso represented the State with real estate negotiations to secure the Los Angeles Football Club—Banc of California Stadium and the Lucas Museum of Narrative Art at Exposition Park. She also led Exposition Park through one of its most triumphant economic development periods, with over $1 billion in construction dollars invested throughout the 160 acres known as Exposition Park.

In addition to her expertise in real estate development and strong commitment to public service, Director Lasso has worked at the international level on issues such as economic development, education, city design, and housing.

Director Lasso holds a Masters in City Planning and Urban Design Certificate from the Massachusetts Institute of Technology (MIT) and dual Bachelors from the University of California, Los Angeles (UCLA). Her commitment to underserved communities is undeniable and has been recognized through awards such as the 2020 Bridge to the Future Award from A Place Called Home, City Council District 9 SHero Award in 2017, the Los Angeles County Medical Association’s Innovation Award of 2012, Building and Construction’s 2011 “40 Under 40,” the MIT Departmental Service Award, the UCLA Charles E. Young Humanitarian Award and as a Hispanas Organized for Political Equality “HOPE” Leadership Fellow.