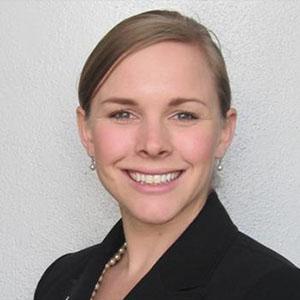 Charisse Older has been a member of LA5 for six years, and over that short period of time has made her presence known and her impact felt. In addition to participating in many of our Rotary festivities, she currently serves as Club Secretary.

In addition to LA5, she served as the Marketing Committee Chair for the Downtown Center Business Improvement District, founded the Downtown Event Network (D-Ten), received her black belt in Hapkido, and continues to volunteer with various charities and non-profits.

Charisse received a Bachelor of Arts degree in Communication from the University of California, Davis. She began her career with Morton’s The Steakhouse in 1999, working as a host and quickly transitioned into other roles such as, Assistant Sales Manager, Back-up Food and Beverage Controller, Sales and Marketing Manager, Day Manager, Assistant General Manager and ultimately back to Sales and Marketing Manager. After more than ten years with Morton’s The Steakhouse, she spent three years as Sales Manager of the Capital Grille, before accepting the position of Sponsorship & Event Manager for the Beverly Hills Chamber of Commerce.

With more than 16 years experience in high-end hospitality, event design, planning, production and operations Charisse has learned how to turn events that just happen into experiences that are long remembered. She would not say which is her most favorite restaurant, but did offer a short comment, “Too many to name. I love food!”

She likes anything written by John Maxwell, one of her favorites being The 21 Irrefutable Laws of Leadership. She enjoys yoga, traveling, watching baseball, playing with her nieces and nephews, bocce ball, eating and tasting good wine. One person she would love to invite to her Fantasy Meal is Coach John Wooden.

Charisse joined Rotary because it gave her the chance to use her professional goals as well as to be of service to others. One of her Rotary highlights came at the Scholarship Luncheon at Dodger Stadium. One of the amazing students she had the privilege of meeting through the Scholarship Committee made it a point to seek her out and introduce her to his parents. She strongly recommends every Rotarian serve on the Scholarship Committee at least once, as you will get far more from it than you will be asked to give.

We cannot verify the rumor that Charisse is giving hitting lessons to Jasiel Puig, but knowing her, she probably is. It’s just a hunch, though, so keep it to yourself!