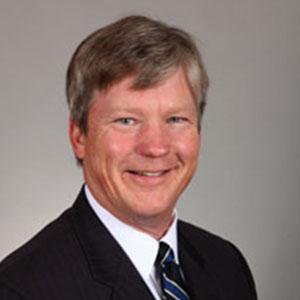 John Spokes, affiliated with Netzel Grigsby Southwest, is one of the newest members of LA5.  His sponsors were Diane Netzel and Lois Gomez.

John is a native of Minnesota and for twenty-eight years has been married to Casey Stangl.  Casey is a theatre and opera director, and was named Artist of the Year in Minnesota, beating out Garrison Keillor.  For those who are baseball buffs, Casey did not manage the New York Yankees!

This is John’s first experience in Rotary.  It came about because he and his wife made the decision to contribute service within the local community.  His uncle, a Rotarian in England, also influenced his decision to join LA5.

John and Casey enjoy eating out at the many fine restaurants in Southern California, with Acacia in Culver City being one of their most frequent stops.  Two featured guests at his fantasy dinner would be Pablo Picasso and Ludwig van Beethoven.

John plays golf for casual and social reasons, and he and Casey are avid hikers.  They have hiked all but four miles of the coast from San Diego to Carpinteria.