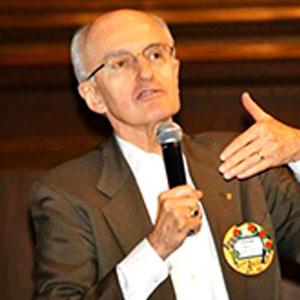 John Langfitt graduated from Stanford University and continued on to San Francisco Theological Seminary and the Graduate Theological Union, Berkeley, CA., eventually earning a doctoral degree. In addition to receiving a thorough education, John gained something even more awesome during his years at Stanford: his wife Sandy. They are in the 51st year of their marriage, and enjoy participating in church and family endeavors, and also international travel.

After his education, John went to Illinois College, a small midwestern liberal arts school, where he was both a chaplain and faculty member. Ten years later he traveled to Bethel College in Tennessee, where he was Executive Vice President and Academic Dean. Eventually he left academia to become a regional administrator for the Presbyterian Church (USA). He served regions that were headquartered in southwestern Wisconsin and Kansas City, before moving to the West Coast as Executive for the Synod of Southern California and Hawaii.

John began his transition to retirement as the Associate for Church Relations with the Presbyterian Foundation. Formed in 1799 as the first foundation in the U.S.A., it serves as the fiduciary of the Presbyterian Church, one of the largest such organizations in the country.

John is a voracious reader and swims regularly. He joined LA5 in 1998 and has served on the grant making committee and graduate scholarship and world peace fellowship committee. He is an affable Rotarian, respected by all, and plays a little game with this reporter. If either of us shows up on Friday in a dark suit, tie and boring white shirt, it is a sure bet that person is doing the invocation.

Many of you may have known the above, but some serious investigative research has unearthed a couple of facts from John’s past that nobody in LA5 knows…..until now. In elementary school John made straight A’s in class, but his report card had nothing but “Unsatisfactory” with regard to citizenship and behavior. What a shocker!!!

And if that blows your mind, ask John to tell you about the year he was assistant manager for the Stanford band. Let him tell you what he helped happen, and the earth shattering impact it made on the Stanford band from that year to the present.