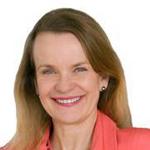 Nancy Iredale is a native of Pasadena who joined LA5 in 1988. She has been an active Rotarian, a highly successful lawyer, and a leader throughout our community.
After graduating first in her class at Georgetown University’s School of Foreign Service, she received her law degree from Yale University. While at Georgetown, Nancy met another student, Bill Clinton, and she and Hillary Rodham Clinton were classmates at Yale. Nancy commented, “I knew Bill before he met Hilary, and I knew Hilary before she met Bill.”

Nancy has been a practicing tax attorney for over thirty years, and is a partner at Paul, Hastings, Janofsky & Walker LLP in Los Angeles. Commenting on her practice, she said, “I represent clients whose tax situations are formidable.”

She has a heart of compassion, and has been a passionate Roman Catholic all of her life. She was in Rome when Pope Benedict XIII relinquished his authority as Pontiff of the Roman Catholic Church. Her faith guides every step she makes.

Nancy is the mother of two grown sons, and enjoyed going to Dodger games with her father while he was alive. She describes herself as a 3rd generation Dodger fan. She was the first woman president of The Jonathan Club, a position held by men only for over 100 years. She has used her influence to make changes in many sectors of the greater Los Angeles community.

Her favorite author is Margaret Mitchell, and the best book she has read this year is The Rise and Fall of Anheuser Busch. Her hobbies are praying, working out, traveling, hiking, taking pilgrimages and reading. Her fantasy meal would include the attendees at The Last Supper, and she is grateful for Pope Francis’ commitment to a life of humble service to those in need.

Her greatest Rotary moments include winning the 1997 LA5 Golf Tournament in in Hawaii, and having lunch every Friday at the table of John Claerhout, Al Wheatman, Al Rudisill and Al Shonk, plus Paul Richey, Roger Reck and Walker Railey.

Nancy is a premier Rotarian. Make it a point to meet her this week.