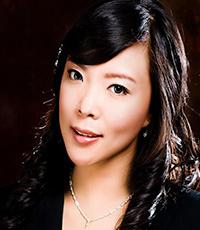 Simone Liu was born and raised in Brazil. At the age of ten, she moved to Taiwan, and seven years later came to the United States. Her diversified international background serves as a solid foundation for her true understanding of global markets.

As an economics major at UCLA, Simone developed her theoretical underpinnings of today’s economies and financial sectors. She is a financial advisor with Wells Fargo Advisors in Beverly Hills.​

Simone joined Rotary to make business contacts, and also to serve on the committees that involved the local population. She has a strong passion for community services and local charities. As she says, “We make a living by what we get. We make a life by what we give.” She has been a proud member of LA5 for 2½ years, and is currently Sergeant-at-Arms.

Rotary is not just a charitable organization for Simone, but also a family that encourages and supports one another. In addition to Rotary, she has been involved in the American Cancer Society, Los Angeles Sister Cities, and has been very active in many Asian American associations.

In 2010, Simone was honored as a Southern California Outstanding Youth. In 2006 she represented America in one of the most well known pageants in Asia: the “Miss Chinese Cosmos.”

Her hobbies are singing, dancing, hiking, jogging, going to concerts and eating. The Grill and Maestro’s are her favorite restaurants.