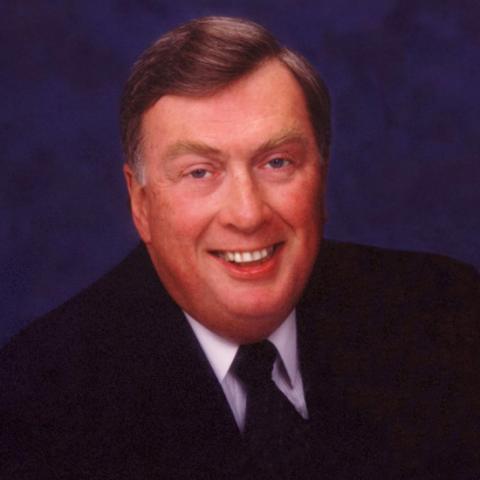 It is with great sadness to announce the passing of my step-father and 27-year member of LA5, Alvin “Al” Rudisill. He passed away on February 21 at the age of 89. He was laid to rest at Forest Lawn Glendale after a private ceremony.

Al moved to California to work at USC in 1962. Read more about his 50 years at USC. He loved living in California; especially San Marino and Pasadena. One of his passions was to tend to his dozens of rosebushes that surrounded the swimming pool. He said he would never move back to New Jersey because California was the most beautiful state he’d ever seen; especially the beach. The warm winters were a big factor. Cambria, Santa Ynez, and Newport/Balboa were a few of his favorite places.

In January 1991, Al became a member of LA5 during Bill Lochmoeller’s presidency. His sponsor was Millard Foist. Rotary made a perfect fit as it tied in with his projects at USC. In 1996, he sponsored Al Shonk for membership.

Al came into my life when he was introduced to my mother by mutual friends, one being fellow LA5er Al Shonk, back in 1976. They later married in December 1977. They were married until my mom’s passing in 2001. He missed her immensely. Thank you, Al Shonk, for introducing Al to my mom. Al was a wonderful stepfather for 40 years and he will be sorely missed.