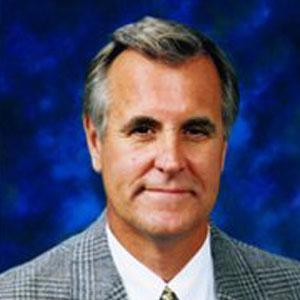 Jim Simonds was born in San Francisco. He is married and the proud father of five children—his two children, ages 33 and 28, and three stepchildren from his wife Carmelette, ages 26, 23 & 19. He is also the uber-proud grandfather of a four-month old grandson.

He attended, and graduated from, the Catalina Island Boarding School and earned his Bachelor of Arts degree from California State University Sonoma.

Jim is the principal of the Arroyo Insurance Services, which he co-founded with his father in 1987.  Across the years his company has grown and opened 12 offices, with a staff of over 150. They are currently the 12th largest insurance broker in Southern California.

Jim’s hobbies include swimming and playing percussion in a garage band known as Misplaced Priorities. (As an irrelevant and uncalled for side note, this reporter once played the spoons in a band called Not Ready to Quit Our Day Jobs Players, and we were highlighted as the worst musical group in the history of music.)

Jim would invite to his fantasy meal Albert Einstein and Stephen Hawking. He has flown in various WWII era aircraft, including the P51 Mustang and the Mitchell B-25. During his early years he rode a bicycle through England, Holland, Germany, Switzerland and France.

One of his memorable Rotary moments was when he and his wife participated in giving away wheel chairs and books to people in Costa Rica. He has been an active participant in Rotary on every possible level.

Jim shows up at celebrations, charitable endeavors, funerals and all kinds of personal moments when his fellow Rotarians are either struggling or in need of personal support. He does his best to turn every obstacle into an opportunity.

If you haven’t met him, make it a point to introduce yourself to Jim. He represents the best Rotary can offer.