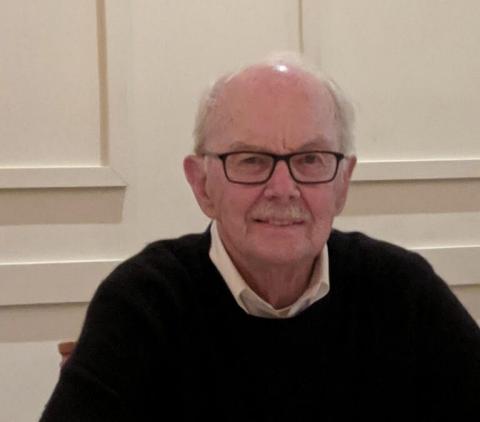 John was born in Seattle, WA to his loving parents Albert and Joanna Dracup, who had immigrated from Glasgow, Scotland in 1929. His father was an electrician, and his mother was a housewife.

John began his career with a Civil Engineering degree from the University of Washington as a ROTC cadet. After spending two years in the 1950s stationed in Heidelberg, Germany, he returned to the U.S. to pursue a Master’s degree in Hydrology from the Massachusetts Institute of Technology, where he was inspired to pursue an academic career. He taught civil engineering for two years at Oregon State University and became a licensed engineer. He then traveled to California where he obtained a PhD from the University of California, Berkeley. He taught water resources engineering at UCLA and UC Berkeley for fifty years, mentoring countless undergraduate and graduate students whom he often spoke of with much pride. In his research at both UCLA and UC Berkeley, he focused on the optimization of large-scale water resource systems and the impact of climate change on hydrologic variables.

While a professor at the University of California Berkeley, John became increasingly interested in the problem of bringing clean water to developing countries, particularly when wells were not a viable  option. He taught a Freshman Seminar on this topic every semester for over a decade, inspiring many of his young students to become engineers.

John received many accolades for his research and teaching. He was a Fulbright Senior Scholar to Australia in 2001 and was named a Fellow of the American Geophysical Union. John joined the San Francisco Rotary (Club #2) in 2010 and focused his energy and expertise on providing sustainable clean water systems in developing, remote communities with the support of the Rotary Foundation. He conducted clean water projects in Kenya, Peru, Honduras, and Guatemala, and recently published a book entitled, Clean Water for Developing Countries, which is available on Amazon.

John died peacefully at home on December 20th within a week of being diagnosed with cancer . He was surrounded by his wife, Kathleen, and his five children and ten grandchildren. He will be greatly missed.