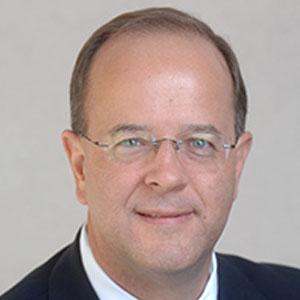 Jon Gibby is the most conspicuous Rotarian at every Friday meeting of LA5. He’s all over the place: attending pre- or post-meetings here, introducing visitors there, and interacting with members and guests everywhere. That’s because he is the Executive Director of the Rotary Club of Los Angeles—a position that he takes seriously and within which he functions successfully.

A graduate of Hollywood High School, Jon is an Eagle Scout and has been active in non-profits professionally and personally for many years. He and his wife Deborah live in Granada Hills. One of the best books he has read recently is Stephen Covey’s The 7 Habits of Highly Effective People. The most favorite city he has visited is Hong Kong, and if he had only one last restaurant meal in Los Angeles, it would be at El Coyote Mexican Café.

Jon joined LA5 in 1995, having been introduced to the club by long-time member Frank Ulf. Paul Netzel and Doug Barr sponsored Jon for membership, and shortly after that he was asked to serve on the Board of Directors under President Dave Tomblin. He also chaired LA5’s Junior Achievement Committee at a time when it made significant contributions to both the club and the community. Jon once remarked,

“Being a member of LA5 is like going to your favorite buffet in Las Vegas: lots of great entrées (programs & avenues of service), wonderful appetizers (fellowship opportunities) and delicious desserts (rewards for active participation).”

Most Rotarians don’t see all the work Jon does throughout the week and behind the scenes. He helps set the tone for everything that happens, regardless of which Rotarians serve in elected positions. He puts a warm personal touch on everything he does, and makes each Rotarian feel like he really cares. He does!