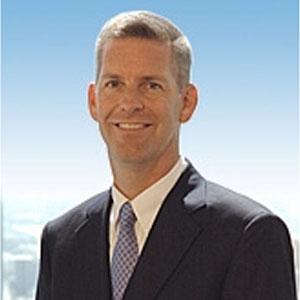 Laine Wagenseller grew up in Pacific Palisades in a large family. He currently lives in Echo Park. His undergraduate degree is from Duke University, and his law degree from the University of Southern California Law Center.

He specializes in real estate law. His practice includes partnership and family fighting over business and properties, breach of contract, neighbor disputes and other litigation. He is a frequent speaker at seminars and education events, and has published articles in the Los Angeles Times and numerous other publications. Laine also serves as a judge pro tem with the Los Angeles Superior Court. All that is what Laine does for a living. But there is much more to Laine Wagenseller.

For the last three years he has mentored 5 high school boys who attend an inner-city charter school. Laine was been a part of their lives in all types of ways—cheering them on in the school basketball games, spending many Saturday mornings at the library working on college applications, going hiking, watching college basketball games, and learning with them how to become great men.

He has worked with an orphanage in Uganda, and in the process given so much to so many. One of those young Ugandans spoke at LA5 a few years ago. Laine joined Rotary to give back even more to the larger community. He enjoys the friends he has met and the relationships he has developed. He has spoken to many local Rotary clubs about his Uganda mission, and the most distant group he has visited was the Rotary Club of Kyenjojo, Uganda.

Laine plays beach volleyball twice a week, and has done so for 22 years. He has a new 70-pound Golden Retriever/Grand Pyrenees puppy from the pound. The dude’s name is Otto.

This reporter has known Laine for 23 years. So much more could have been said. Laine is a credit to the Rotary Club of Los Angeles and the kind of person everyone wants and needs to know.