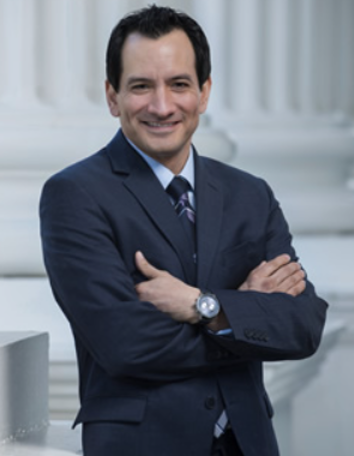 The son of working-class parents and grandson of Mexican immigrants, Rendon was far from a high achieving student, once carrying a grade point average of 0.83 and nearly flunking out of high school.

After graduating, Rendon worked in warehouses and other manual labor jobs before pursuing higher education. He attended Cerritos Community College and went on to earn his bachelor’s and Master of Arts degrees from California State University, Fullerton. As a recipient of a National Endowment for the Humanities Fellowship, Rendon earned his Ph.D. from the University of California, Riverside and completed post-doctoral work at Boston University.

In his time in the Assembly, Rendon has focused on legislation to reimagine the Los Angeles River, and engage the community in its revitalization.

During his first term in the Assembly, Rendon authored Proposition 1, the $7.5 billion state water bond which voters passed by a 67% to 33% margin in the November 2014 election. In addition to providing the funding for clean, safe, and affordable drinking water for Californians, this proposition included $100 million to restore the Los Angeles River. During the bond development process, Rendon took input from residents over the course of 18 public hearings throughout the state, resulting in a measure with no earmarks or backroom deals.

In 2015, Rendon authored Assembly Bill 530, a law that spurs much-needed revitalization of the lower portion of the Los Angeles River by developing the Lower LA River Working Group.

In 2016, Rendon pushed Los Angeles County to revise the 1996 LA River Master Plan and engaged the surrounding communities to share their thoughts on how the river would best serve them. A draft of the updated Master Plan was released in 2021, and addresses how the river can spur job creation, address public health issues in disadvantaged communities, address affordable housing and homelessness, and more.

Rendon has also engaged the Southeast Los Angeles community by hosting multiple events in the Los Angeles riverbed in South Gate, including the annual SELA Arts Festival, which draws thousands of visitors.

Rendon became the 70th speaker of the Assembly on March 7, 2016, ushering in a new era of a decentralized speakership and member empowerment.

“I want to help each of you achieve the best and the most for the people you represent,” Rendon told his colleagues in his inaugural address. “We won’t always agree on issues or approaches, but I believe everyone here deserves an environment where they can advocate forcefully for their ideas and their constituents.”

Rendon currently resides in Lakewood with his wife Annie and his daughter, Vienna.