Meet KLOS DJ and creator of the “The Session” Christian Hand 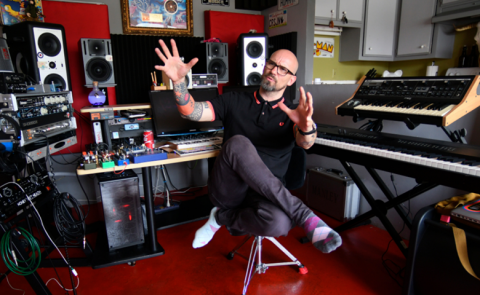 In “The Session” Christian breaks down the greatest songs ever recorded, track by track. You’ll never hear these songs the same again.

Christian James Hand was born a music geek in the UK, but has lived all over the place. His love for music and radio came together when he became a part of his college radio station, WPUR. From there he went out on the road as the “Token White Guy In Hip-Hop” touring with The Gravediggaz, Public Enemy, Gang Starr, Ice Cube, and Jeru The Damaja.

He also spent time in tour busses with the likes of Peter Gabriel, PM Dawn, The Stereo MC’s, Korn, House Of Pain, and Biohazard. Through his career, he has made stops at many stations and music-based entertainment brands, and now he brings his wildly entertaining and unique breakdown-skills to his favorite station, 95.5 KLOS.