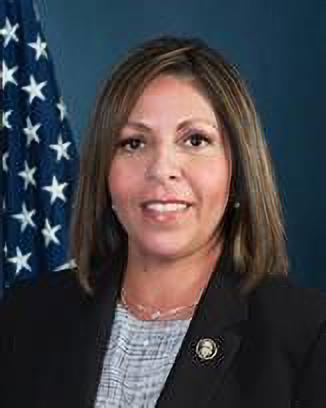 ATF is a key law enforcement agency within the U. S. Department of Justice that protects our communities from violent criminals, criminal organizations, the illegal use and storage of explosives, trafficking of firearms, acts of arson and bombings, acts of terrorism, and the illegal diversion of alcohol and tobacco products. The men and women of ATF perform the dual responsibilities of enforcing Federal criminal laws and regulating the firearms and explosives industries to protect against crime, violence, and other threats to public safety.

Prior to SAC Villegas’ appointment to the LAFD SAC position, she was the SAC of Phoenix Field Division. Beforehand, the Assistant Special Agent in Charge (ASAC), for the Los Angeles Field Division, which she held since November 2015.

SAC Villegas began her career with ATF in 1995, in the Los Angeles Field Division. In 1999 she was assigned as a special agent in the Seattle Field Division, Portland, Oregon Field Office. During her tenure in Portland, SAC Villegas worked a multitude of firearms trafficking cases and was assigned to the Portland Police Bureau Gang Team. In 2008, SA Villegas was re-assigned to the Executive Protection Branch (EPB), Office of Professional Responsibility and Security Operations (OPRSO) in Washington DC, which is responsible for the protection of the ATF Director. SAC Villegas then served as the Branch Chief of EPB from January 2010 to January 2011, making her the first female oversee ATF’s EPB. SAC Villegas become the Resident Agent in Charge of Tucson I Field Office in January 2011. SAC Villegas received an Attorney General Award in 2011, and two International Outlaw Motorcycle Gang Investigators Association awards in 2005 and in 2011.