Please give a warm LA5 Welcome our 3 new interns from USC. 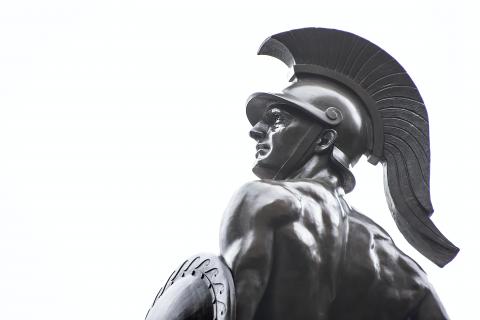 USC Freshman Elodie Zhen is a spring-admit studying psychology. Before moving to Los Angeles at the age of ten, she and her family lived in China. She speaks three languages fluently, Mandarin, Cantonese and English, and she understands both Korean and Spanish as well. When Elodie first moved out to California, she lived in Chinatown. Here, she used her language skills to help translate for those around her who did not know English as well as she did.

Elodie is passionate about working with children and immigrants, and she is also interested in the field of Public Health. She hopes to study abroad during her time at USC, as she greatly enjoys immersing herself in diverse cultures and gaining knowledge about the world around her.

At the start of the pandemic, Elodie began listening to true crime podcasts, and she says that the forensic information from these shows contributed to her decision to major in Psychology. Outside of work and school, she enjoys playing tennis, sleeping, and eating her mom’s cooking. Just make sure not to give her any of her least favorite food, tomatoes.

Elodie is looking forward to working with the Rotary club, and she is grateful for the opportunity.

Ashley Kilmnick is a spring-admit freshman at USC who is currently studying biochemistry as she works her way to medical school. She grew up in Simi Valley, CA and has one younger sister. During the Fall of 2021, Ashley experienced her first overseas trip, traveling to London for the length of the semester. While on her trip, she visited ten countries and made her decision to major in biochemistry. Ashley has a great interest in traveling and hopes to visit Asian countries on a future trip.

In her career, Ashley hopes to focus on viruses and genetics research, and she also has a passion for public policy. Ultimately, she wants to practice medicine for people who live in underprivileged areas. She has always had a passion for volunteering and humanitarian work, being a valuable member of her high school’s Rotaract club.

During her free time, Ashley enjoys drinking coffee, hiking, volunteering, and watching sunsets at the beach. She loves to watch Gilmore Girls and Greys Anatomy on Netflix, and she considers herself a swiftie, listening to Taylor Swift’s “All Too Well” on repeat since its release.

Ashley is looking forward to working with the Rotary club, and she is grateful for the opportunity.

Liorah Goldsmith is in her final year of study at USC as a transfer student majoring in Journalism. She always loved writing, gaining influence from her dad’s songs and her grandmother’s stories. Growing up in the San Fernando Valley with her parents and older sister, she is a Los Angeles native. After graduating high school, Liorah spent time in numerous cities across America, Israel and parts of Europe.

Liorah has passions for tackling social justice issues including feminism, institutional racism, homelessness, and mental health. She hopes to eventually form her own news publication or have her own talk show. She enjoys volunteering for environmental organizations such as Food Forward and TreePeople, and her ultimate goal is to help create more empathy in the world around her.

When she has free time, Liorah enjoys playing guitar, cycling, cooking yummy vegan meals for her roommates, and hanging out with her dog Jasper. She loves to watch cartoons like Bojack Horseman and Spongebob Squarepants, and she has an expansive taste in music, with some of her favorites ranging from Anderson.Paak to Bobbie Gentry. She is adventurous and curious, and she enjoys food significantly less if it isn’t spicy.

Liorah is looking forward to working with the Rotary club, and she is grateful for the opportunity.