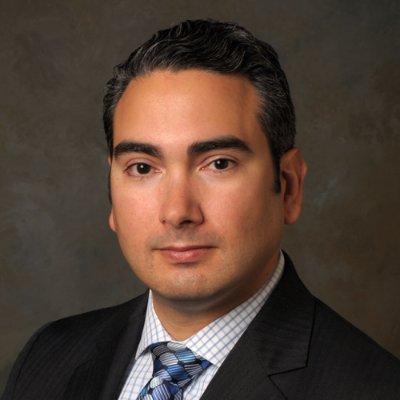 LOS ANGELES (June 29, 2015)- The Rotary Club of Los Angeles, known as LA5 as it is the fifth Rotary Club founded in the world, announced today that is has elected Jose Vera, 37, as President-Elect.  Mr. Vera will preside over his first meeting on Friday, July 10, 2015.  A native of Isabela, Puerto Rico, Mr. Vera came to the United States when he was 11 years of age.  His mother was a teacher and his father a parking attendant.  They brought their son to this country to give him the opportunity to succeed.

Mr. Vera succeeds Alan Bernstein who will end his presidency of LA5 on June 30.  Mr. Bernstein is the first African American to serve as President of LA5.  "Jose is one of best young leaders of Los Angeles and we are lucky to have him as our new President at LA5.  I've served with Jose on the board of directors for the last several years. He's shown his passion for helping other members succeed while serving those in need in Los Angeles as LA5 continues its long tradition as the leading business and civic organization in this city," said Mr. Bernstein.  LA5 provides more than $200,000 anually to community groups and scholarships to area students through its Rotary Club of Los Angeles Foundation.

Mr. Vera attended the Packer Collegiate Institute, a private high school in New York City, on an academic scholarship.  It was an hour subway ride from his family's apartment, but it gave him the opportunity to study at Massachusetts Institute of Technology.  He earned his degree in Economics, and received a Minor in Mechanical Engineering as well.

Mr. Vera is now Managing Director with Stifel, Nicolaus & Company, and has fifteen years of public finance investment banking experience.  He maintains FINRA Series 7, 52 and 63 licenses.  He has negotiated numerous bond issues for public agencies in California and Nevada.  Mr. Vera also serves on Stifel's Credit Review Committee, tasked with reviewing all municipal bond issues below investment grade prior to sale to investors.

"I am honored to be elected by the members of LA5 to lead this distinguished organization into the future.  Alan Bernstein and Ken Chong, our two previous Presidents, have been great examples of the kind of community leadership and commitment to diversity LA5 now enjoys as the oldest and one of the largest Rotary Clubs in Southern California.  We want to welcome all members of the greater Los Angeles community to join us a guest when we meet on Fridays at the California Club and learn how Rotary is making a positive impact every day in LA.  You can learn more and register online at rotaryLA5.org," says Mr. Vera.

Mr. Vera enjoys cycling, both mountain biking and road cycling, and was a world champion unicyclist.  As a child he competed internationally, traveling to Japan and Canada for competitions.  Upon his arrival in America he was crushed to learn that unicycling was not very cool.  On a much different level, Jose also participates in Girl Scout activities with his two daughters, and plays monster trucks with his son.

Mr. Vera is not the only member of the Vera family with a connection to the Rotary Club of Los Angeles.  His wife, Erica Rosales, attended Garfield High School in East Los Angeles and was a LA5 Scholarship Recipient in 1995.  She later graduated from Wellesley College with a degree in Political Science and Spanish, and continued her education at UCLA with a Master's Degree in Education.  She helped open the first charter high school in Los Angeles (Animo Leadership Charter High School), and now works with the non-profit College Match to help deserving high-achieving inner city students achieve their dreams of a college education and a better life.

Mr. Vera and his wife Erica Rosales, and their three children, reside in the Mt. Washington neighborhood of Los Angeles.