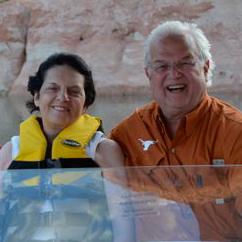 Fellow Rotarian Tony Medley’s good friend of 40+ years, Ed Pfiester, has generously donated Hollywood Bowl tickets in Tony’s honor to help raise funds for our Scholarships. These four Jimmy Buffett Concert tickets, with a face value of $1,500 each and proceeds will go to support the Rotary Scholarship program. These highly sought after scholarships provide needed financial support to exceptional students who are often are the first in their families to attend college. Last year, LA5 received over 150 applications from some of the best and brightest minds in Southern California.

An undergraduate of the University of Texas and Law School graduate, Pfiester was also Student Body President in high school. Before starting his own law firm in 1980, he was law clerk to U.S. District Court Chief Judge Albert Lee Stephens, Jr.

Along with representing over 100 Metrolink commuter survivors, more than any other law firm, he was Lead Plaintiffs’ Counsel in the 2008 Chatsworth Metrolink litigation. He also specializes in plaintiff’s personal injury law. Pfiester’s most current case is representing a top Los Angeles hospital healthcare professional who fell two stories through a defective skylight. Trial is set for early 2016.

His wife, Cyndy Procope, graciously purchased the tickets that were donated to LA5. Originally from Edmonton, Canada, she was a Chartered Accountant and is currently a CPA in the U.S. She came to Los Angeles to head up the 1984 Olympics ticketing department before moving on to a big six public accounting firm. From there, Procope went to work for one of her entertainment clients. She has held a number of financial positions in the entertainment business, including being CFO of Intermedia Film, a $250 million publicly traded corporation.

As they both enjoy traveling, the couple venture out on fishing and rafting trips, having rafted/floated numerous rivers west of the Mississippi in Canada, Alaska, Central and South America. Pfiester likes books by the late Tony Hillerman and as far as movies go, he only attends films that Tony rates at a 9/10 or higher.

Congratulations, Tony, on being honored by your dear friend. Our scholarship recipients will benefit from Ed and Cyndy’s generosity!​