The Language of Rotary 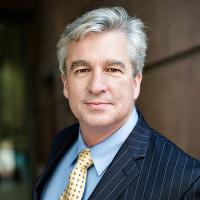 LA5 member, Herb McGurk, spent the last eight years selling real estate in Koreatown; so he knew enough of the local language to get by. He also knew that his Korean vocabulary was far too limited to spend a week in Seoul, Korea at the Rotary International Convention; so he subscribed to a Pimsleur language program to learn Korean right after he registered for the July event.

We can learn a lesson from Herb. The only way to engage a community is to dive in and get involved. Since becoming a member of LA5 last November, Herb has served on two committees, attended most lunch meetings, and volunteered whenever he could. With that spirit, he decided early on to travel to Seoul to meet 42,000 other Rotarians and to see what Rotary was really all about. What did Rotarians from around the world look like? What were they doing? What was the language of Rotary? Herb says, “It was the experience of a lifetime to be in the same room with so many dedicated Rotarians serving their communities.”

“What an incredible accomplishment,” Herb notes. “There are only two countries in the world that are left to rid this crippling disease. Rotary International has achieved so much.”

But nothing impacted Herb more significantly as when he had breakfast with fellow Rotarians from Zimbabwe. They asked him, “What is the unemployment rate in the U.S.?” Herb said that it varies between 5%-7%. They solemnly responded, “That’s closer to our employment rate.” It was then that Herb learned that the language of Rotary understood most clearly through its actions of serving the deepest needs in any community. It’s doing good in the world.

Do you want to learn how to go deeper into Rotary? Grab a coffee or lunch with Herb McGurk to hear more about his volunteer experiences at LA5 and his experience at the RI Convention in Seoul.