Corporate Board Service with Linda Griego 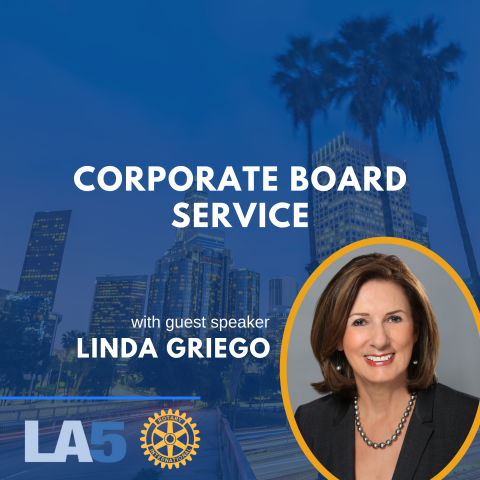 Presently, she serves as chair of the MLK Health & Wellness Community Development Corporation (see https://mlk-cdc.org/), which she founded in 2015.  The primary focus of MLK-CDC is revitalization of the Martin Luther King, Jr. Medical Campus, located in the Watts/Willowbrook neighborhood of South Los Angeles, including the new Martin Luther King, Jr. Community Hospital.  She also serves as trustee of the Charles R. Drew University of Science and Medicine, also located on Campus, and has been actively involved in the University’s expansion plans.  Previously, she served on the board of directors of the new Hospital, and she founded its charitable foundation (see https://www.mlk-chf.org/about).  Most recently, Ms. Griego was appointed by the LA County Board of Supervisor to serve on the LA County Economic & Resiliency Task Force charged with economic recovery efforts during the Covid-19 pandemic.

For more than two decades, Ms. Griego has served on boards of directors of private and publicly-held corporations, including current service on the boards of ViacomCBS and American Fund/Capital Group.  She previously served on the boards of directors of AECOM, Granite Construction Inc., Southwest Water Company, Blockbuster, Inc., City National Bank, Tokai Bank and First Interstate Bank.  She was also a Los Angeles director of the Federal Reserve Bank of San Francisco.

In 1986 she founded Griego Enterprises, Inc., a business management company that has overseen entrepreneurial ventures in Los Angeles and New Mexico, including:

Ms. Griego has been involved in philanthropy for over 25 years, including past service on the boards of trustees of the Robert Wood Johnson Foundation; the David and Lucile Packard Foundation; the Ralph M. Parsons Foundation; and the California Community Foundation.  She has also served on the several boards of directors of the non-profit organizations including the YMCA of Greater Metropolitan Los Angeles, the German Marshall Fund, the Mexican American Legal Defense & Education Fund, Art Center College of Design, Scripps College, KCET, Public Counsel, the Los Angeles Philharmonic, the Community Development Technologies Center (Rebuild LA’s successor), the World Affairs Council, Tomas Rivera Policy Institute and the Public Policy Institute of California.  She has been a member of the Council on Foreign Relations since 1995, and she is a founding member and director of the Pacific Council on International Policy.

Ms. Griego has been recognized for her civic and community leadership by the City and County Los Angeles, as well as by charitable organizations, including the Hispanics in Philanthropy, YMCA of Greater Metropolitan Los Angeles, MALDEF, the Anti-Defamation League, CORO Southern California, the White House Fellows Commission, San Francisco Hispanic Foundation, the Edmund G. Brown Institute of Public Affairs, the Los Angeles Area Chamber of Commerce and the City of Hope.  Ms. Griego has been featured in Hispanic Executive and Latino Leaders publications.

Ms. Griego has maintained strong ties with UCLA since her graduation in 1975, when she was awarded a Bachelor of Arts degree in History.  She is a former senior fellow of the UCLA School of Public Policy.  She currently serves on the UCLA Women’s Health Center advisory board.  In 2008, she received the UCLA Medal, the highest honor bestowed by the University.

Born and raised in Tucumcari, New Mexico, Ms. Griego comes from a Mexican-American family of professional bakers and railroad workers.  Following graduation from high school, Ms. Griego moved to Washington, D.C. to work for her hometown congressman.  She later worked for U. S. Senator Alan Cranston of California.  In the 1970’s, she was recruited by PacBell in its program to diversify its management, starting as supervisor of a telephone installation and repair crew and soon promoted to manage all crews operating out of a garage in Southern California