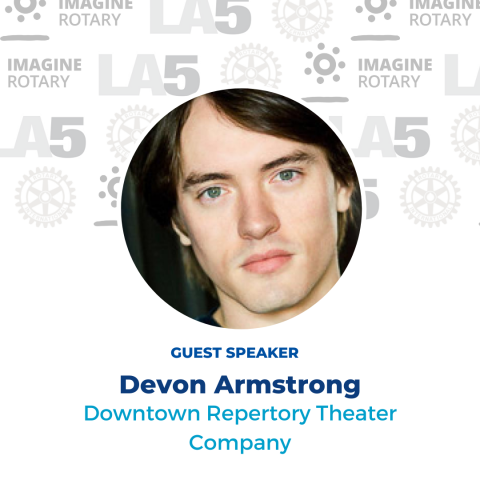 Devon Armstrong founded the Downtown Repertory Theater Company in 2009.  Since its inception, he has produced 18 plays, and has directed five plays, a feature film and a web series, all in partnership with the City of Los Angeles and the Department of Cultural Affairs.  He is a graduate of SUNY Purchase in New York, Arts High in Los Angeles, and has also studied at LAMDA in London.  He is a NFAA (YoungArts) alumnus, and while at LACHSA he and two classmates took first place at DTASC (Modern), the Chapman Shakespeare Festival, the Cal Poly Pomona Shakespeare invitational, the Orinda Film Festival Short Film category.

He currently acts, directs, and coaches in Los Angeles, where he has worked with Open First, the Long Beach Playhouse and the Lyric Theater, with roles ranging from Hamlet to Davey in the Lieutenant of Inishmore.