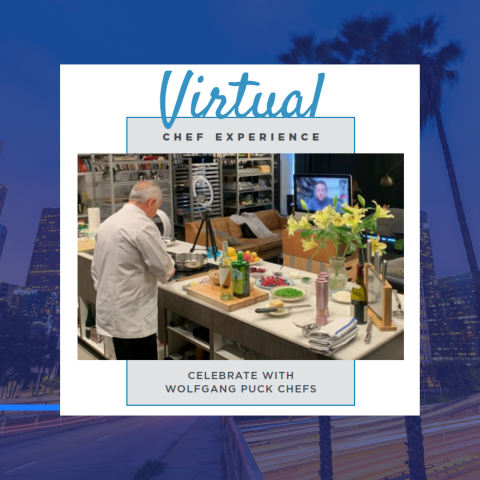 Join us for a virtual social event with Eric Klein, VP of Culinary for Wolfgang Puck.

Vice President of Culinary Eric Klein combines his culinary artistry with passionate leadership and an outgoing sensibility. When it comes to food, he is a purist, and every dish he creates aims to enhance the true flavors of the superior ingredients. The former Executive Chef of Spago (Las Vegas) was named one of the Top 10 Best Chefs in America by Food & Wine magazine.

In this event, Chef Klein will share with LA5 the secret to the famed chicken pot-pie, which has been served at the Academy Awards as a staple tradition for decades.

The team at Wolfgang Puck Catering will pre-portion and pre-pack all of the ingredients needed to cook and serve a group of four. These boxes will be delivered to your home.

The event will include a live cooking demo, where you can (virtually) cook alongside Chef Klein straight out of the Wolfgang Puck demo kitchen!

The event will commence at 4:30 pm, and conclude around 6:00 pm - just in time to serve dinner! Include your family!

Registration for the event is $50, and includes:

- an unforgettable experience with your LA5 friends!