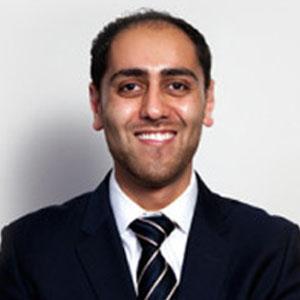 Simon Khinda was born and reared in England, where he obtained his Bachelors Degree in Business Law, graduating in the top 5% of the student body. He then completed his LL.M. in Commercial and Corporate Law at the prestigious University College London.

After success in Real Estate Investment in Malaysia, India, Dubai and Saudi Arabia, he returned to England to assist his family business and advise on growth and management of the real estate portfolio.

He then moved to the United States and was successfully admitted both to the New York State and California State Bar. His wife, Sabina, is in her third year of study at the Southwestern School of Law.

Last Saturday Simon participated, along with 13,000 people, in the United Walk for Homelessness. He brought with him seven-year-old Aaron Carroll, the Little Brother assigned to him by Big Brothers Big Sisters, an organization with which Simon is an active volunteer. Aaron is one of three children in an impoverished family headed by his grandmother, because neither birth parent is present for their children. Simon raised $100 in Aaron’s name for the Walk, and prior to the event the youngster thought it was payment for him to participate. However, after the walk was completed, Aaron realized there were other children in even more adverse conditions than his family. He asked Simon if they could return to the neighborhood soon and walk around, offering assistance and compassion to homeless children in need.

Simon joined LA5 last April, in part because his father served as a Rotarian in England for 30 years, and is Past President of his local club. Simon is a member of the Sant Nirankari Mission that promotes peace within, peaceful co-existence and selfless service. That sounds a lot like Service Above Self. It appears Simon has been preparing for an active role in Rotary for most of his life.