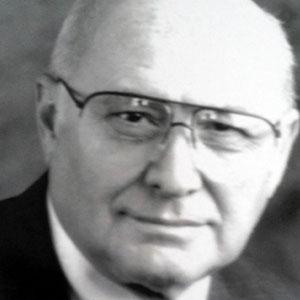 John M. Claerhout was a faithful member of the Rotary Club of Los Angeles for 37 years. Long time members of our club remember John as a superb non-profit executive who built strong governing boards, assembled excellent professional staffs, and who raised millions of dollars for many different charities.

Most of his career was with the Boy Scouts of America where he served on the national staff, and as Scout Executive in many major cities, Los Angeles being his last assignment. After Scouting, he was President of the Hugh O’Brien Youth Foundation.

Newer Rotarians did not see that part of John. They noticed a Senior Citizen who was always perfectly dressed, who arrived early for every meeting, who never unbuttoned his jacket during the meal, who attended District Conferences and Rotary International conventions, and who was always surrounded by people of all ages either picking his brain on fundraising, or inquiring about the current book he was reading. He was a voracious reader.

All the above would be enough to include him as our weekly Featured Rotarian, but there was so much more to John than many LA5ers understood. A native of Toledo, Ohio and graduate of the University of Toledo, John and his wife Carolyn, who preceded him in death, loved drama, the theatre and movies of distinction. Even into his 80’s, John saw more movies in a week than most teenagers in Southern California see in a month.

Most unique, though, is the fact that John was the only child of parents, both of whom were totally blind. From his early years he cared for them, protected them and nurtured them without ever robbing them of their dignity. He learned to see life through the eyes of his Mom and Dad, and in his career he helped donors see through the eyes of those whose lives would be helped by their gifts.

John was born on the 3rd month and the 16th day of that month. His heart was filled with compassion for those whom the world often did not see, and his vibrant faith in God enabled him to make a difference in so many awesome ways. That’s why many of us referred to him as John 3/16.

John is gone, but he will never be forgotten. Rest in Peace, dear brother. Rest in peace.