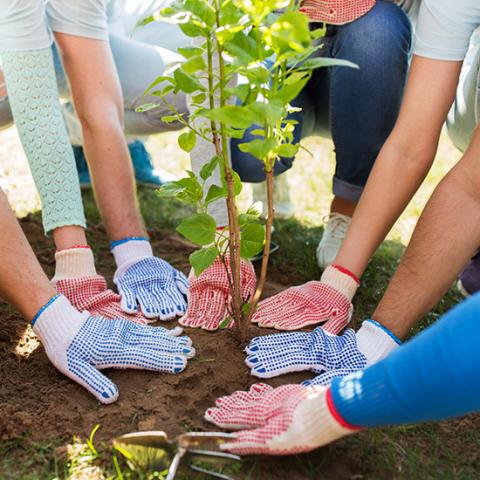 In honor of America’s heroes, this Veteran’s Day, LA5 invited a number of U.S. servicemen, currently involved in the United States Military.
•    CHRIS JANKE - U.S. Navy Captain: has experienced eight deployments and is currently operating out of the naval base in Ventura County.
•    HORACE FRANK - LAPD Commander and Assistant Commanding officer  of the Counter Terrorism and Spec Ops unit in Los Angeles. Frank has since transitioned his focus toward law enforcement. Worked at Lockheed Martin.
•    TODD ROGERS - LAPD Assistant Sheriff. Rogers is also currently a member of Lakewood’s City Council  and was previously the mayor of Lakewood for 3 years. Today, Rogers runs the country’s largest police training department.

Florence Chung, the CEO of Hetty Group, asked these men to discuss employment options and life after the military.

Chris Janke pointed out noticeable differences between the Navy now compared to when he first joined. Today,  candidates are often more qualified and educated than ever before. The ambitions of today’s applicant pool often lean academic where most men and women in the armed forces seek further degrees of higher education. As a result, the retention rate is higher in service men and women who have their Master’s degrees.

Janke also discussed employment options after being discharged from service, which happens to everyone at some point, generally due to physical reasons. Discharge from service can be very challenging for veterans. First, medical support that are available on the outside may be inaccessible to veteran’s, due to issues involving knowledge and communication Another challenge they often face is finding a new job, and the assumptions and associations employers have about military service. Military services sound technical and specific, and they don’t reflect the professional skills veterans have actually honed, both during their service or prior work experience. The final challenge Janke discussed is the fear of not being able get a job outside of the military that many servicemen/women have upon discharge. The skill translation can be difficult especially when they become quite familiar with the military.

Horace Frank joined the police department in 1988 and unlike most of his staff, Frank had a Master’s degree Like Janke, Frank also discussed how much more qualified applicants must be today, in contrast to when he first started. Today, in order to become a captain, a Master’s degree is required. More so, there is a lot of support on the outside to allow graduated servicemen to achieve their personal, academic, and professional goals.

The famous G.I. Bill was designed to do just that. The Bill helps veterans with tuition consequently,  the G.I Bill, it is becoming increasingly common to see nearly all veterans get their degrees off shift or after they complete their service.

But, according to Todd Rodgers, military veterans are faced with immediate disadvantages due to extenuating circumstances. Communication is often times the most difficult barrier to overcome. To reinforce just how truly competitive joining the police academy has become, here are some interesting statistics:
•    Harvard’s acceptance rate is 5.2%, while the police academy is only 4%
•    The dropout rate in the police academy is 22%

Almost every day in the U.S., a police officer is killed in the line of service and duty. The dangers of police duty today, has caused a decrease in the number of applicants, and has even resulted in some senior officers deciding to leave the force over the past couple of months. Additionally, public perception of police officers has changed drastically in recent years, and there has been increasingly negative sentiment toward all in uniform. Today, being a police officer has become besieged, overwhelmed by scrutiny and political commentary in the media and news headlines.

Despite the challenges service men and women face, both during their service and after their discharge, it is important to remain positive. Remember, family and friends are both the best at providing emotional support for veterans, as well as being the best job recruiters for positions available for veterans.

Fellow Rotarians we hope you had a blessed Veteran’s Day and a great Thanksgiving!